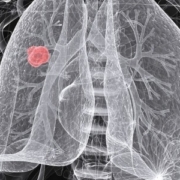 Assistant Professor Shao-An Wang received his Ph.D. degree from the Institute of Bioinformatics and Biosignal Transduction, National Cheng Kung University in 2013. During his Ph.D. studies, he applied for the Ministry of Science and Technology (MOST)’s Overseas Project for Post Graduate Research and spent one year in the U.S. National Institutes of Health, and later served as a postdoctoral fellow in the Department of Bioscience and Biotechnology at National Cheng Kung University. In 2019, he was appointed as a full-time assistant professor in the School of Respiratory Therapy of Taipei Medical University. In 2020, he was appointed as a visiting scholar at the University of California, San Francisco to conduct a year-long research on lung development.

Wang’s main research area is the progression of lung cancer including proliferation, progressive metastasis, and drug resistance. After years of research, it is understood that deubiquitinating enzymes (USP24) can promote cancer cell metastasis and play an important role in the immune cells surrounding the tumor. Recently, USP24 has been found to cause drug resistance, mainly through stabilizing drug export proteins that pump anti-cancer drugs out of cells and cause genomic instability, thus resulting in drug resistance. In addition, computerized protein structure simulation was used to develop novel USP24 inhibitors, which effectively inhibit drug-resistant lung cancer formation at both the animal model (allograft) and cellular level. In the future, it is hoped to develop an animal model for drug-resistant lung cancer, where this drug can be used to treat or prevent the occurrence of drug-resistant lung cancer, which, in turn, can also help optimize drug efficacy to maximize therapeutic outcomes. Furthermore, USP24 also facilitates tumor stem cells to grow and inhibits cellular repair. In addition, when studying lung development in the United States, Wang also found that the surrounding lung tissue may change the differentiation characteristics of stem cells. The long-term goal of the laboratory is to address the issues regarding lung cancer initiation and tumor stem cells and to try to address other lung diseases, such as chronic obstructive pulmonary disease and pulmonary fibrosis.

Mr. Wang has long devoted to research on lung cancer, and his major research results have been published in many prestigious international journals, including Oncogene, Nature Communications, Cell Death and Differentiation, etc. He has also received support from many research institutions, including the MOST’s Research Project Grants, the Ministry of Education’s Higher Education Sprout Project, and the Taipei Medical University’s Research Grants for New Faculty Members. 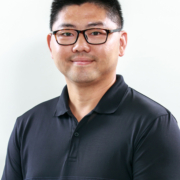 All courses should do in-class instruction starting from Nov. 3rd. Please refer...
Scroll to top