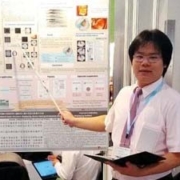 Prof. Syu-Jyun Peng was employed by Taipei Medical University (TMU) in 2019 as a full-time assistant professor in the Professional Master Program in Artificial Intelligence in Medicine of the College of Medicine.

Peng’s main research outcomes for the year 2020 involve the following: callosotomy, as a vital surgical treatment for children with refractory epilepsy, the purpose of which is to block the direct connection of the two halves of the brain, in order to lessen the frequency of grand mal seizure and children’s injury due to severe seizure. However, the functional connection of the two halves of the brain is closely associated with movement control and cognitive functions. In the present research, the team tracked 8 children’s functions before and after corpus callosotomy surgery, and found that after the surgery, obvious recovery was seen in less than a year, though the binary functional connection of the brain was affected by the operation. (Right: In February 2020, Prof. Syu-Jyun Peng was awarded the gold medal for “The 19th International Expo on Inventions & Innovations” in the MTE Malaysia Expo. The picture was taken at 2018 IIDC Hong Kong.)

It was generally considered that after corpus callosotomy, it takes the children many years to recover the functional connection between their two sides of the brain. But the present research has found that after the surgery, though the binary functional connection of the brain has been affected, obvious recovery was seen in less than a year. However, due to the lack of samples, we have not ascertained the relation between the recovery of the right and left brain halves and the progress of cognitive functions, or the prognosis after treatment. This is the direction to work toward next.

Prof. Peng has been devoted to researches on brain electrophysiology and neuroimaging of epilepsy and ischemic stroke. In the recent 5 years, he has been awarded 9 R.O.C. patents, 5 US patents and 1 Japanese patent. Peng has been the director of 5 projects by the Ministry of Science and Technology (MOST), and co-director of over 20 projects by MOST. Peng was granted research funds from the 2020 IACE (Industry-Academic Catalyst E-platform) Project and MOST Germination Program (Phase 0) under the TMU SPARK merchandising counseling. He also published 14 papers on SCI journals, presented 12 papers in prominent international conferences of the focus field. He has been invited to speak in domestic medical centers, universities, and organizations like Epilepsy Center at Yuquan Hospital, Tsinghua University, Beijing more than 30 times, and has actively involved in events held by Taiwan Neurological Society and Taiwan Society of Medical Imaging and Radiological Sciences. In the recent 5 years, he has been shortlisted over 60 times in Young Scholars Dissertation Awards, Outstanding Research Paper Award, and Invention and Innovation Award, etc. He has been a director of Taiwan Society of Medical Imaging and Radiological Sciences, and was formerly employed by Taipei Veterans General Hospital, Landseed International Hospital, and was a research consultant and advisory member to the division of neurology at Chung Shan Medical University Hospital, where he assisted doctors clinically in cross-disciplinary neuroimaging and electrophysiology, and developed multi-module smart diagnosis aid and researched on auto-detection of signs of disease.

The director of the present project is Prof. Syu-Jyun Peng, collaborating with director of the Pediatrics Department at Taipei Medical University Hospital (TMUH) Min-Lan Tsai and Taipei Veterans General Hospital. 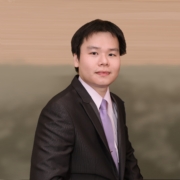 In view of the continuing development of the TMU system’s big databank (clinical data, images and genes) and the imaging research focus of the three hospitals: lung cancer, cerebral small vessel disease, and coronary artery disease, an AI platform of clinically critical medical application is developed. Furthermore, based on the TMU system’s experience and regulations in big databank operation, assistance is rendered to the National Center for High-Performance Computing in perfecting the establishment of a medical imaging databank, to facilitate sharing of information and ultimately promoting the development of related medical and industrial applications. 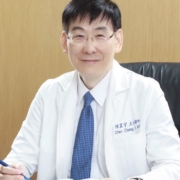 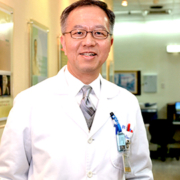 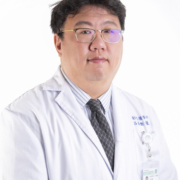 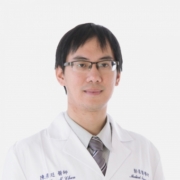